The goal of this project is to optimize breeding for the olive fly (needed for mass release of sterile adults) and its parasitoid wasp through nutritional and symbiotic bacterial manipulation. This will provide proof of principle for such optimized innovative breeding and how it links to the success of release of sterile insects to control pest populations.

The olive fly B. oleae is the primary insect pest for the olive fruit worldwide. Its control is currently based mainly on chemical pesticides raising concerns on resistance, environment, fruit quality, and human health. This project will test the hypothesis that symbiotic bacteria play an important role in the nutrition and the fitness of both the olive fly Bactrocera oleae and its parasitoid Psyttalia lounsburyi. The objective is to determine, characterize and exploit the symbiotic flora in both the olive fly and the parasitoid for optimizing their mass rearing towards large scale AW-IPM applications with a sterile insect technique (SIT) component. Such large scale applications require efficient, high-quality and cost-effective mass rearing of both olive fly and its parasitoid. 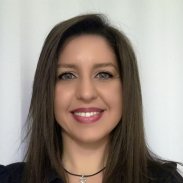